There is a general consensus among Chess historians that the early form of the game evolved in the Gupta Empire of India between 280-550; which is almost 1500 years ago from today.

Board games challenge the mind, pitting one human mind against the other. A challenge is loved by any enterprising person and the feeling of winning games and competitions is a high that’s scarcely replicated anywhere else unless the person adopts other ways to do so. The game has riveted millions and billions across the centuries and today, more than ever Chess finds itself as one of the most famous games in the world, evolving new strategies and tactics, while the players themselves train against both human beings and computer algorithms to stay above the competition and practice.

Games and sport have a way of taking over our heads, provided we learn to enjoy them and become good players and human beings with a sense of sportsmanship at all times, with values like respect for the opposition being a key focus for coaches to teach their students. Today at Bangalore Insider we spoke to Biswajit Bharadwaj, who’s advocated the scholastic benefits of Chess for youngsters across the nation and wishes it to be a part of every child’s school curriculum. Below are the excerpts from our interaction.

Please tell us a little bit about yourself. How did Chess happen to you?

Well sport was the only thing that attracted me as a kid. Most of my childhood memories  revolve around sport. Chess however came late into my life. I grew up playing cricket in my school days and represented by school and club till class 10. However in class 10 I had to take a break from outdoor sport as the board exam was approaching. But I couldn’t  stay away from playing. So I adopted chess!

Chess has caught the attention of the country in the last decade and it has produced some great champions over the years. What do you think can further lead to its growth?

Chess has to be introduced to children at an early age. Chess has huge scholastic benefits and can help in the growth of a healthy society. Making chess part of the school curriculum is the need of the hour.

You were a player yourself and now you are also a coach with your own coaching academy. Which one do you prefer more?

I am still a player although I don’t get much time to participate in competitive events. Given a choice I would always prefer to be a player.

What is the one thing that you stress on the most when you coach?

Enjoy the game and don’t worry about results.

Isn’t it difficult to teach little kids the game of Chess or is it something they pick up really fast. How has been your experience so far as a coach?

My most enjoyable time is when I am with the little kids. Teaching youngsters is considered very tough by many but it is one thing that comes naturally to me. I have enjoyed my time immensely as a coach so far but my real goal is to work as a promoter of the game and make chess the most popular sport in the world!

Well I am not a morning guy but still I wake up by 6 to 6:30 am. Get ready for the day and head to school by 7:30 am. (Where I work as a fulltime chess coach) I am back home by 2:30 pm for lunch and then rush off to be at my academy by 4 pm. After finishing classes at the academy I look after the administrative work of our chess club and head home by 9:30 pm. Dinner is usually late and by the time I sign off for the day it is mostly midnight.

With online coaching gaining new ground because of the pandemic and also of the new Netflix series “The Queen’s Gambit”, Chess, unlike most other games, can benefit a lot. Do you see a massive change happening in the field of Chess?

Yes the pandemic situation has been indeed a blessing in disguise for chess. People who had never tried playing online or had never felt the need to do the same have now adopted to the online medium. Chess is in fact one of the few sports which require the same skill to play either in online or offline mode. However too much online learning or playing is not advisable for amateur players as they might find it hard to adjust to over the board play later on.

For a coach the greatest joy is when one of the students is able to beat the coach itself. For students as well, playing the coach is something they always look forward to. Do you often play with your students?

Yes I do play a lot with my students and more often than not I try to lose with them because the joy in their face after their win with the coach is something that makes my day!

What are the future plans for the coaching academy? Will you be concentrating more on the online coaching in the near future? 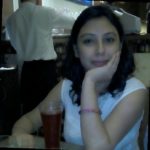