“I don’t know what I am doing in life. I am so lost” – these are the words that my friend uttered to me when I met him after 10 long years. At first, I didn’t know what to say to him, should I ask him more about what is troubling him, or should I try to change the topic and veer his mind away from it.

“He was ok the last time I met him”, I thought as I tried to recollect the last time I met him. After putting enough pressure on my mind I was finally able to remember. It was in the graduation ceremony ten years back and I distinctly remember how happy he was. And why wouldn’t he? He had secured a distinction, had a job offer from the company he wanted and was looking forward to his future.

What changed then? I was curious. So, instead of not digging more into it, I began asking him some questions. I was worried if that would further worsen his state, but I had to ask to see if I could help him.

We talked for a few hours as he gulped one drink after another. He was not sad nor was anything wrong in his life. He had the perfect job, a loving wife and kid to go home to and he got to travel the world as well. He had achieved whatever goals he had set, right from the time we were in college.

“If everything is fine, what is wrong then?” – I asked him. He didn’t have an answer. The one thing he kept repeating was that he doesn’t feel motivated enough to get up in the morning and look forward to the day. This, he mentioned, was in stark contrast to the time when he used to be in college and had his many goals to achieve.

I was finally able to figure out what was bothering him.

As humans, there are only a few things that keep us going. One reason, of course, is survival, which is the biggest motivation. But in today’s world, where survival is not much an issue for some people, there are a few other finer things that help people to continue living.

And that is “Goals and Setting of Goals”

We all have goals. We all know what we want to achieve in the next month or the next year. But in most people’s cases, these short term goals are not a part of a long term goal. By the way, I want to make it absolutely clear that it is not imperative for everyone to have a goal. I mean, there may be some people who do not have a goal and are still having a happy and content life. But not all people are blessed to have such a life. For some people, they need a motivation or a goal which makes them look forward to the day.

Problem of having only short term goals

Let me explain this with an example. Let’s assume that my long term goal is to win “Wimbledon” which is considered to be the most coveted trophy in Tennis. Now, one cannot directly go and play at Wimbledon. For that, you will have to go through a series of tournaments, the difficulty of which increases as you win one after another. You will have to win tournaments at different levels like district, state and national before you can garner enough points to play at Wimbledon.

So, when I win the district level tournament, or the state level tournament, I still have something to look forward to – to win the next one before I can try competing at Wimbledon. Well, it is a completely different matter if I manage to win Wimbledon. I might then find myself in the same situation like my friend. And this is where setting of higher goals come into the picture.

Set goals that are hard to achieve

How many of you have watched Mathew Mcconaughey’s Oscar winning speech where he talks about constantly chasing himself who is ten years ahead from his present self? The whole point he makes is that when you have this kind of a goal, there is always something to look forward to everyday. You may never achieve that goal, but that’s ok.

When you do have something to get up and look forward to everyday, no matter if your goal is achieved or not in the end, it has already served its purpose.

I hope you liked reading the article. Please share your thoughts. It is always great to know different perspectives of people and how they look at each situation.  Connect with me on any of the following social media accounts– Instagram, Linkedin. Just shoot a DM.

Gaurav Bora is the founder and CEO of The Insider Media Group that runs popular media portals like Bangalore Insider, Kerala Insider, Chennai Insider and Melody Insider. He is a serial entrepreneur who firmly believes in the adage “You never know until you try.”
He is also an Atal Innovation Mission Mentor of change. To get in touch with him send him a DM on Instagram (iamgauravbora) or Linkedin.

Gaurav Bora is the founder and CEO of The Insider Media Group that runs popular media portals like Bangalore Insider, Kerala Insider, Chennai Insider and Melody Insider. He is a serial entrepreneur who firmly believes in the adage "You never know until you try." He is also an Atal Innovation Mission Mentor of change. To get in touch with him send him a DM on Instagram (iamgauravbora) or Linkedin. Read Full
More posts by the Author »
Sponsored Ads 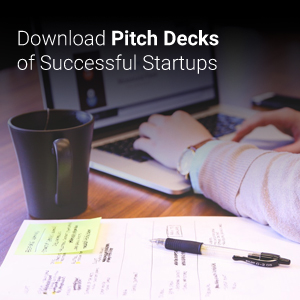